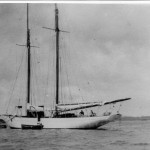 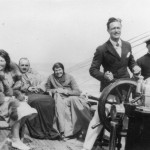 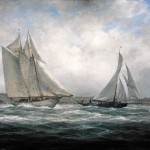 Aello Beta and Marigold off the Isle of Wight, 2005

Originally named Xenia, Aello is the largest Oertz schooner remaining.   She was built for a Greek client who enjoyed sailing her in the Aegean and then undertook a circumnavigation.

After years of neglect, she was found by Cameron Chilston in 1985, in a mud-berth in England.   He undertook an extensive restoration project in Bristol and since her relaunch Aello has enjoyed cruising and racing on both sides of the Atlantic.   She participated in the 1997 NYYC Atlantic Challenge with fellow schooner, Adix, and then went on to race further in the Mediterranean.

Brest: the world’s largest maritime festival in photographs by Nigel Pert & Dan Houston with a … END_OF_DOCUMENT_TOKEN_TO_BE_REPLACED