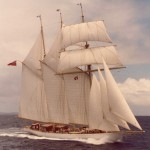 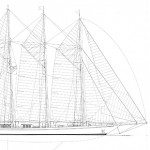 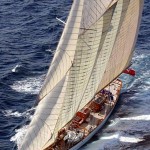 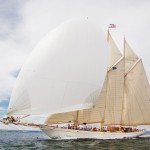 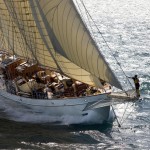 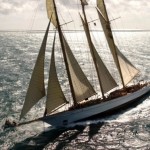 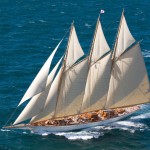 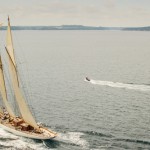 Adix and Kelpie in Falmouth Bay

This three masted schooner was originally named ‘Jessica’, owned by an Argentine, and rigged with square sails on her foremast. She had a significantly shorter length overall in comparison to her 212′(65m) now.

In the mid-late 1980’s she was bought by Alan Bond who used her as a promotional tool and who crudely named the yacht after his beer, ‘XXXX’.

Around 1989 XXXX was bought by a Spanish family, who employed Paul Goss as the Captain who undertook a massive project in refining her looks. He worked with the expertise of the naval architect Gerard Dijkstra. The subsequent refit included cutting the hull in half and adding a section, creating a different underwater configuration and lengthening her spas.

Since then ‘Adix’ has been around the world a number of times turning heads wherever she sails. She attended the Fife Regatta on the Clyde in 2003 and 2008 with her ‘tender’, ‘The Lady Anne‘. She has been based out of Valencia since the 2007 America’s Cup event and has carried out extensive refits at Pendennis Shipyard in 2001 and 2009.

2014 finds her back in Pendennis again, this time for a serious upgrade that includes reinforcing the hull, with new longer carbon masts and carbon rigging. More in our article here. 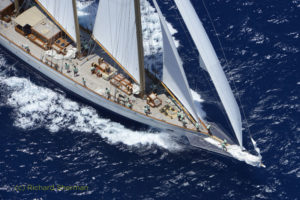 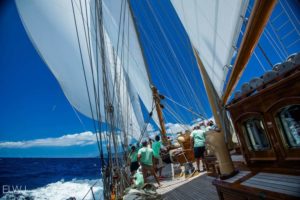 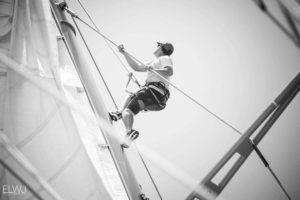 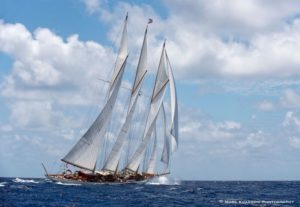 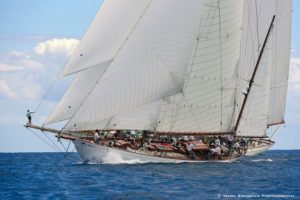 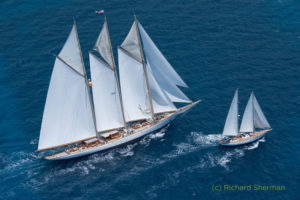 A sail from Newport to Bermuda by Leo Sampson Goolden who is currently restoring the gaff cutter Tally Ho.

Brest: the world’s largest maritime festival in photographs by Nigel Pert & Dan Houston with a … END_OF_DOCUMENT_TOKEN_TO_BE_REPLACED