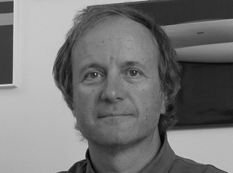 Andrea Vallicelli graduated from the School of Architecture in Rome and began to work in the field of yacht design in 1974 while still a student. Over the years 150 racing and cruising sailboats have been built from his drawings around the world. Twenty-five of these projects have become popular production boats named: Ziggurat, Canados, Cornet, Genesi, Phoenix, Show42, ULDB 65′, Oceano 54′. A selection of these works was exhibited in the PAC (Pavilion of Contemporary Arts) of Milan in 1983.

He designed the Italian Challenge 12m IRC yachts, all named Azzurra, for the 1983 and 1987 America’s Cup in Newport (USA) and Perth (AUSTRALIA), respectively. The racing results obtained by his designs, include first places at eh O.T.C. World Championship, the Fastnet Race, the Sardinia Cup, the Bermuda Race, the Northe American 50′ Championshipm the Columbus Race 92′ and around twenty IOR and IMS Italian Championships.

In 1994 he designed the training vessel Orsa Maggiore for the Italian Navy, a 93′ advanced composite ketch.

Brest: the world’s largest maritime festival in photographs by Nigel Pert & Dan Houston with a … END_OF_DOCUMENT_TOKEN_TO_BE_REPLACED