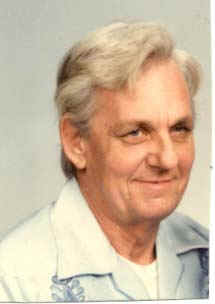 Thomas E. Colvin was born in 1925 in Chicago and, for him, life became boats.  At 5 he built a boat by mating together oilcloth-covered apple and orange crates; at 6 he rigged a rowing skiff and made a sailing boat from a discarded cement mixing trough; at 7 he designed and built his own 10’ catboat; all through grade school he worked in boat shops, starting as a “handy boy,” greasing machinery; on weekends, he crewed on racing boats, learning what makes sailboats go fast; he was drawing journeyman’s pay before entering high school; in his first year of high school, he sold his first professional design, a fish tug that was built and worked; at 14 he quit school for the sea, serving in sail and steam, moving up from Ordinary Seaman to Master of both. (This may sound young to have been constructively working on different projects. A surprise government inspection at my shipyard one day found my 6 year old son working on a project using the bandsaw and circular saw. My 8 year old son was welding up an art project for which he received a first prize. My 12 year old daughter was up on a scaffolding painting the name and scrolls on the hull we were building. The year before she won second prize in the national Singer Sewing Machine contest with a complete pants and jacket outfit she had made. I was informed by the man from OSHA that the children could not work in the shop because it was heavy industry, whereupon I asked when they would be allowed in the shop in order to learn shipbuilding. I was informed that it was 18 years of age. I told the gentleman that, at 18, they would be too smart to want to do that kind of work. I was correct.)

Since 1952, he has been a senior designer for the Newport News Shipbuilding & Dry Dock Company in Virginia; Consulting Naval Architect for Kaiser Aluminum Company in Chicago; president of Colvin Manufacturing Company and Colvin Sailmakers, Miles, Virginia; and now maintains his design office along with being president of Sidereal Offshore Logistics & Analytical Research in Alva, Florida. He has designed everything from aircraft carriers to fishing vessels, barges, sailing vessels, motor and steam vessels for commercial and pleasure use, as well as constructed vessels in his own shipyard up to 100’ in wood, steel and aluminum alloy.  At this time, he has produced over 300 designs, ranging from 12’ to 150’ in length. He still builds boats for his own use.

Several times during his life, he has taken time out to go cruising on vessels that he designed and built, and he also lived aboard and cruised with his family on his three-masted 48’ aluminum Chinese junk, K’UNG FU-TSE, for 16 years. He has written many articles and technical books, trying to help others to achieve their dreams.  Hundreds of ordinary people who have never undertaken such a task before have built fine boats from his designs, ranging from daysailers to around-the-world cruisers. One must always remember amateurs built the Ark and professionals built the Titanic.

Brest: the world’s largest maritime festival in photographs by Nigel Pert & Dan Houston with a … END_OF_DOCUMENT_TOKEN_TO_BE_REPLACED