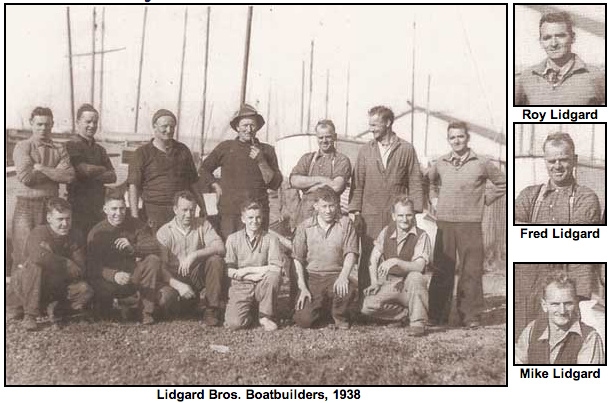 …”my dad was one of six brothers, three of whom became boatbuilders and dad and his older brother Roy also became designers. Unfortunately most of their boats were built from their pencil drawings or half models and have been lost. Dad died in 1977 and I do not know which of his boats have survived.”

If you live in New Zealand and you love boats, chances are you have heard of the Lidgard family. In 1932 Lidgard Bros. was formed by Roy, Fred and Mike Lidgard. The boatyard was situated in Hamer Street on the western reclaimation (Tank farm) in St Mary’s Bay.

They were prominent in the design and build of 22 ft. Mullet boats, short-end keel yachts and commercial fishing and work boats. During World War II, they amalgamated with other boat builders to produce Fairmile 112′ escort naval craft.

Brest: the world’s largest maritime festival in photographs by Nigel Pert & Dan Houston with a … END_OF_DOCUMENT_TOKEN_TO_BE_REPLACED