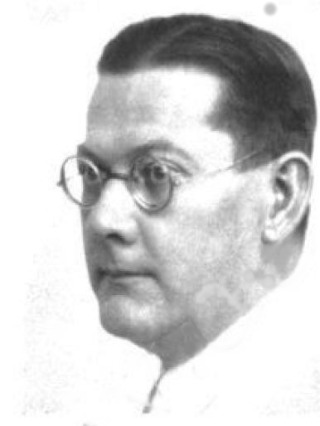 One of the most famous german naval architects of his time. He was born 1884 in Anklam ( Northern Germany ) and after many years of service as chief engineer at the Heidtmann Boatwharf in Hamburg and Engelbrecht (Naglo) in Zeuthen he established his own yacht design business in Berlin in 1920. In 1924 he became a member of the Berliner Segler-Cub (BSC), many of his designs at that time had been completed at the Buchholz wharf (located on the ground of the BSC).

He has designed yachts of all types, mostly cruising yachts but also racing yachts, dinghies, sailing canoes and many powerboats of all seizes. His biggest design was an 80m LWL shoolship for the government of Argentina where he resided several years.

He was also author of many well known books and manuals on yacht design and boatbuilding, like the famous books “Yachtbau”, “Handbuch des Segelsports” and “Kanubau und Segeln” as well as many articles in the german sailing magazine “Die Yacht”.

Tiller died in Berlin in 1957 at age 73 leaving us around 300 beautiful yacht designs.

Brest: the world’s largest maritime festival in photographs by Nigel Pert & Dan Houston with a … END_OF_DOCUMENT_TOKEN_TO_BE_REPLACED