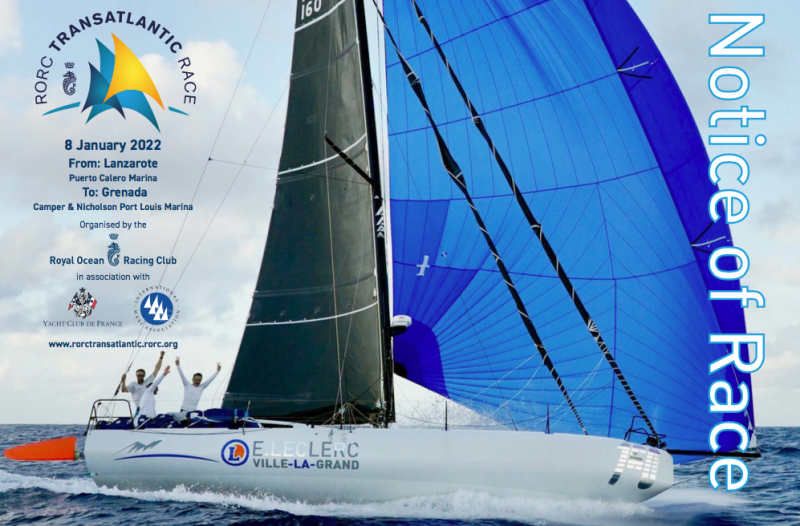 The 2022 RORC Transatlantic Race will see a collaboration between two eminent yacht clubs; The Royal Ocean Racing Club and Yacht Club de France, as they team up for the next edition of the 3,000 nm (5,500km) race from Lanzarote, Canary Islands to the Caribbean.

IMA Secretary General, Andrew McIrvine said: “Since Charlie Barr first raced across the Atlantic back in the early 1900s in his three-masted schooner Atlantic, its lure has drawn dozens of sailors who have a shared dream. Whether a passionate owner of a Maxi yacht, a modern IRC or classic yacht, or an experienced or novice crew, those who have competed in the RORC Transatlantic Race have fulfilled their ambition and we are delighted to be working alongside RORC and Yacht Club de France to help achieve this.” 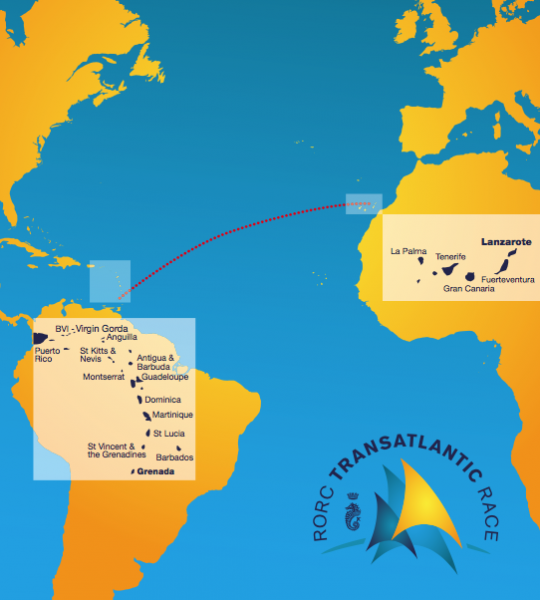 With an interest in expanding their programme of races, the Paris-based Yacht Club de France were keen to seek an alliance with the Royal Ocean Racing Club and the International Maxi Association to promote the already established RORC Transatlantic Race to its members and affiliated clubs. Modern IRC boats, as well as classic yachts will be invited to participate in the 8th edition of the annual race which has attracted previous entries from around the world to date.

“With the still growing popularity of offshore racing in France and amongst our membership, we are very happy to join together with one of the most active and renowned offshore racing clubs in the world – the Royal Ocean Racing Club. We will be honoured to present a trophy on behalf of our historic club and help promote the RORC Transatlantic Race to our members and through our 32 associated clubs in France,” explains President of Yacht Club de France, Philippe Heral.

The longest offshore race in the RORC’s Season’s Points Championship, which consists of over 20 events, the RORC Transatlantic Race was originally set up as a feeder race for the popular RORC Caribbean 600 to allow RORC members and Maxi boat owners the opportunity to race across the Atlantic before competing in the Caribbean regatta season.

“We very much look forward to working alongside our colleagues at the Yacht Club de France, which is one of the oldest yacht clubs in France (1867), to promote the race to its members and associations, and open the event to a wider audience,” commented RORC Commodore James Neville. “This is not the first time we have worked together as the RORC has used the Yacht Club de France’s prestigious Paris headquarters for the organisation of dinners for RORC members based in France.”

Since the inaugural race in 2014, the RORC Transatlantic Race has been run in association with The International Maxi Association who award an impressive silver trophy to the Line Honours winner each year and the 2022 race will continue this custom.

The RORC Transatlantic Race will start on 8th January 2022 from Lanzarote and hosted by Calero Marinas in the Canary Islands.

Brest: the world’s largest maritime festival in photographs by Nigel Pert & Dan Houston with a … END_OF_DOCUMENT_TOKEN_TO_BE_REPLACED