You are here: Home / Articles / General / Gone but not forgotten

William Fife and Son closed in 1939- What happened next? 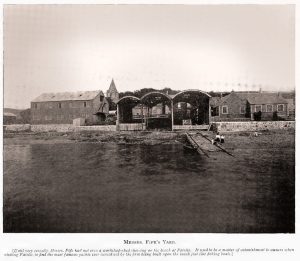 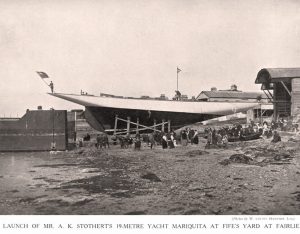 Launch of the 19-Metre Mariquita

At the beginning of World War II the Fife yard was taken over by the Admiralty as it had been in World War I. This time it was not to build boats for the war effort.  The Admiralty’s under water research station at Portland on the Channel coast was felt to be at risk should invasion occur.  The operation was moved to Fairlie where research continued on the development of Asdic (later known as sonar) and torpedoes.  A small number of Fife employees, too old to enlist were kept on to repair MTBs, wooden ships’ lifeboats, small naval craft and fishing boats. 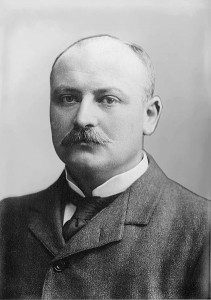 The third William Fife died in 1944.  At the end of the war his nephew Balderston Fife sold the yard to brothers Colin and Ian Parker whose ancestor George Parker had been a client of the first William Fife.  They appointed a local man Archibald McMillan to be the manager.  His father had been the rigger in the Fife yard before it closed. Because the yard had been taken over by the Admiralty, after the war, yards like this were given Admiralty contracts to get them back on their feet.  After a time, this ceased and the yard started to build fishing boats mainly for the Troon and Girvan area.

During the war, one of the last yachts to be built by the yard, Madrigal, had been laid up. She was found to have dry rot and sadly had to be burnt. 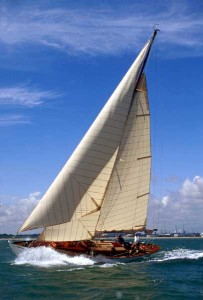 In 1951 her owner asked the yard to build a replacement and Madrigal II was built using the original Fife plans.  Slowly a few more yachts were built, again using Fife plans, some slightly altered by the drawing office.  The yard had no official designer.  When glass fibre came to the fore, Halmatic offered a contract to finish some of their hulls with wooden joinery. The yard refused.  Slowly business fell away till no more boats were built and the yard lay empty.  By that time Archibald McMillan owned the yard having bought the shares of the deceased Parker brothers. He subsequently proposed to build a marina on the site of the yard.  This was hotly contested by the residents of Bay Street who did not want a marina on the other side of their street. Eventually the site was sold to a housing developer in 1984. All that remains of the yard is a concrete slipway on the beach and an iron ring in the sea wall.

In 2000 Fairlie Community Council decided to commemorate the yard with a plaque affixed to the front of the Village Inn which had stood opposite the entrance to the yard since the time of the second William Fife.  In those days it was called Boag’s inn and was a social meeting place for the yard workforce.  Many years later Fairlie Community Trust proposed to erect a landmark to commemorate the yard. A grant and money raised from interested villagers funded the project. It now stands on the site of the lofting shed at the end of the housing development. A four- sided granite base is surmounted by a bronze model of the “terrible” Fiona.  Plaques on the sides describe the achievements of the three Fifes. 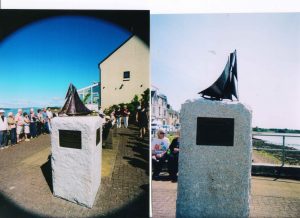 Incidentally, an additional nod to the Fife dynasty is shown on the Fairlie parish church in the form of a wind vane featuring the wonderful Latifa. 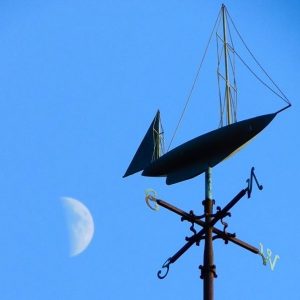 Writer, May Fife McCallum, has also published Fast and Bonnie: A history of William Fife & Son Yachtbuilders and is a direct descendant of the Fife family.

Brest: the world’s largest maritime festival in photographs by Nigel Pert & Dan Houston with a … END_OF_DOCUMENT_TOKEN_TO_BE_REPLACED