You are here: Home / Words / Books / Enterprise to Endeavour – The J-Class Yachts 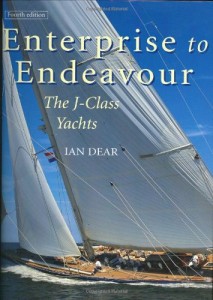 Ten magnificent J-Class yachts were built and subsequently raced for the America’s Cup and other trophies in British and American waters between 1930 and 1937. There have been other yachts that are larger or faster, but none have captured the imagination of the public as much as the Js did. They were unique for their combination of size and speed, and they completely dominated the yachting scene on both sides of the Atlantic before their fantastic cost, the death of England’s ‘Sailor King’ and the approach of the Second World War banished them from prominence.

Brest: the world’s largest maritime festival in photographs by Nigel Pert & Dan Houston with a … END_OF_DOCUMENT_TOKEN_TO_BE_REPLACED