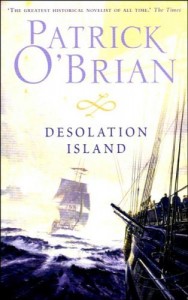 Jack Aubrey has been ashore for a while and is getting into difficulties both in cards and at business, mostly due to his naivete and belief in the honesty of others. Stephen Maturin is also in personal trouble over his relationship with Diana Villiers and his increasing use of laudanum to relax. Aubrey is offered either the old HMS Leopard for a mission to Australia to support Captain Bligh against the settlers opposed to his rule, or a newly building 74-gun third rate, HMS Ajax, for sailing in the Mediterranean. Sophie Aubrey, afraid that staying at home will only make the situation worse, asks Maturin for help. She eventually convinces Aubrey to take command of the Leopard, even though he will have to take some transported convicts, so that he can help Maturin get over his disappointment regarding Diana. The actual orders for Jack are to restore Captain Bligh as Governor of the New South Wales colony after an officers’ revolt had toppled him. One of the convicts, Louisa Wogan, proves to be an American spy and also a friend of Diana Villiers.

Brest: the world’s largest maritime festival in photographs by Nigel Pert & Dan Houston with a … END_OF_DOCUMENT_TOKEN_TO_BE_REPLACED