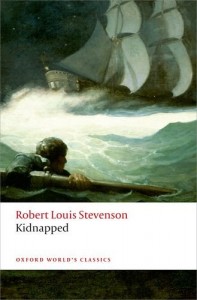 ‘Your bed shall be the moorcock’s, and your life shall be like the hunted deer’s, and ye shall sleep with your hand upon your weapons.’ Tricked out of his inheritance, shanghaied, shipwrecked off the west coast of Scotland, David Balfour finds himself fleeing for his life in the dangerous company of Jacobite outlaw and suspected assassin Alan Breck Stewart. Their unlikely friendship is put to the test as they dodge government troops across the Scottish Highlands. Set in the aftermath of the 1745 rebellion, Kidnapped transforms the Romantic historical novel into the modern thriller. Its heart-stopping scenes of cross-country pursuit, distilled to a pure intensity in Stevenson’s prose, have become a staple of adventure stories from John Buchan to Alfred Hitchcock and Ian Fleming. Kidnapped remains as exhilarating today as when it was first published in 1886. This new edition is based on the 1895 text, incorporating Stevenson’s last thoughts about the novel before his death. It includes Stevenson’s ‘Note to Kidnapped’, reprinted for the first time since 1922.

Brest: the world’s largest maritime festival in photographs by Nigel Pert & Dan Houston with a … END_OF_DOCUMENT_TOKEN_TO_BE_REPLACED