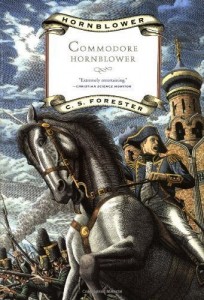 This story describes the adventures of Hornblower in the Baltic with a small squadron under his command as Commodore. His old friend and subordinate, Captain Bush, is placed in command of his flagship, the “Nonsuch”, of 74 guns, he also has 2 sloops-of-war, 2 Bomb-ketches, and a cutter. All of these vessels play an important part in the story of the war against Napoleon in the Baltic, as Hornblower rushes to the aid of England’s newest ally, Russia. In a small corner of the world, at Riga, Hornblower shows his cunning intellect, and his flair for finding opportunities where most men would not have found any.

This is the ninth of eleven books chronicling the nautical adventures of C. S. Forester’s inimitable hero, Horatio Hornblower.

Brest: the world’s largest maritime festival in photographs by Nigel Pert & Dan Houston with a … END_OF_DOCUMENT_TOKEN_TO_BE_REPLACED