You are here: Home / Words / Books / Atlantic by Simon Winchester 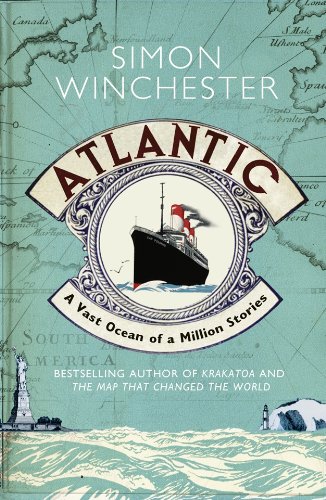 Atlantic by Simon Winchester.
Click to view the book at Amazon.

Atlantic, by Simon Winchester (who also wrote Krakatoa – a fantastically engaging tale of the death of a volcano), brings this vast body of water to life in a way that only Simon is really capable of. He has an enviable ability to breathe and vitality into what can often be very drab and banal in the retelling – history.

Tracing the life of the ocean as it relates to man, the novel takes you on a journey with the ocean as the central player, with humanity developing alongside, because of, and at times despite, the enormous grey beast. I read this late in the 2013 Mediterranean Classics season and couldn’t put it down. Possibly the best book for dinner conversations in the saloon, ever!

Amazon.co.uk had this to say
“Blending history and anecdote, geography and reminiscence, science and exposition, New York Times bestselling author Simon Winchester tells the breathtaking saga of the Atlantic Ocean. A gifted storyteller and consummate historian, Winchester sets the great blue sea’s epic narrative against the backdrop of mankind’s intellectual evolution, telling not only the story of an ocean, but the story of civilization. Fans of Winchester’s Krakatoa, The Man Who Loved China, and The Professor and the Madman will love this masterful, penetrating, and resonant tale of humanity finding its way across the ocean of history.”

Brest: the world’s largest maritime festival in photographs by Nigel Pert & Dan Houston with a … END_OF_DOCUMENT_TOKEN_TO_BE_REPLACED