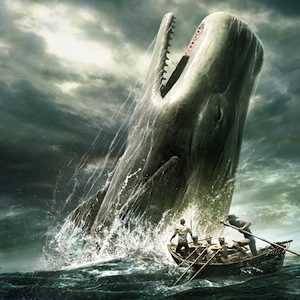 Moby Dick is a great white whale, the most terrible known to whalemen. Captain Ahab, skipper of the Pequod, vows that he will rid the seas of the great creature. So a bitter feud develops between man and beast. As we sail with the whaler out of Nantucket, round the Cape of Good Hope and into the seas beyond, we become members of that strange crew under their mad captain. It is not surprising that this story, with its truly dramatic ending, should carry with it the atmosphere of the life of a whaleman. The author was once a cabin-boy and, later, would often become a member of the crew of a whaler.

Brest: the world’s largest maritime festival in photographs by Nigel Pert & Dan Houston with a … END_OF_DOCUMENT_TOKEN_TO_BE_REPLACED